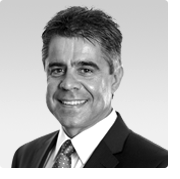 The Royal Commission into misconduct in the banking, superannuation and financial services industry released its final report and the SuperConcepts technical team has assessed the implications for the SMSF sector.

The Commissioner has recommended that the law be amended to ensure that Advisers seek an annual renewal from all clients.

The Government has agreed to this recommendation and will legislate that Advisers will need to notify customers in writing the exact services they will provide, and the cost of each service provided.

Advisors will need to do this on an annual basis.

SMSF service providers may need to seek clarification about the obligations, if any, to ensure the annual fee renewal requirement has been satisfied before ongoing fees can be deducted from an SMSF and paid to the adviser.

Grandfathered provisions for conflicted remuneration should be repealed as soon as reasonably practical.

The Government agrees to end grandfathering of conflicted remuneration effective from 1 January 2021.

From 1 January 2021, payments of any previously grandfathered conflicted remuneration that are still in contracts will be required to be rebated to applicable clients where the client can reasonably be identified.

The Government will commission ASIC to monitor and report on the extent to which product issuers are acting to end the grandfathering of conflicted remuneration for the period 1 July 2019 to 1 January 2021.

This may impact some ongoing fee arrangements put in place pre FOFA (i.e. before 1 July 2013).

SMSF service providers will need to review fee collection arrangements in place with advisers which may constitute a grandfathered commission arrangement.

This measure may also impact on trail commission payments that SMSF service providers may be receiving from third parties if the arrangement was put in place before 1 July 2013.

The Commission has recommended that a deduction of any advice fee (excluding intra-fund advice) from superannuation accounts other than MySuper accounts should be prohibited, unless the requirement discussed above about annual contract renewal with clients has been met.

The Government agrees to limit deductions of advice fees levied on non-MySuper superannuation accounts consistent with the requirement to have annual fees and services renewed annually in writing.

This measure appears to apply to all types of superannuation accounts other than MySuper accounts.
It means advisers will not be permitted to deduct advice fees from a client’s SMSF unless the annual fee renewal requirements - with the client’s written authority - are met.

SMSF service providers will need to investigate their obligations to ensure these requirements have been met before any advice fees can be deducted.

The unsolicited offer or sale of superannuation should be prohibited except to those who are not retail clients and except for offers made under an eligible employee share scheme.

The Government agrees that hawking of superannuation products should be prohibited, and the definition of hawking should be clarified to include selling of a financial product during a meeting, call or other contact initiated to discuss an unrelated financial product.

It is possible the Government may also use this measure to address the widely reported issue of SMSF spruiking. For example, situations where an individual is encouraged to establish an SMSF by  one-stop property shops, real estate agents and cold calls.

The Commission has recommended that the following breaches of the SIS Act be enforceable by action for civil penalty:

The Government agrees that trustees and directors should be subject to civil penalties for breaches of their best interest obligations.

Both ASIC and APRA should have powers to enforce the civil penalty provisions.
The Government has already introduced a Bill into Parliament to establish civil penalties for directors for breaches of the best interest duty and will amend this Bill to extend civil penalties to trustees.

SMSF trustees already have a fiduciary obligation to act in the best interest of members.

It’s also a deemed trust deed covenant. This measure will make a breach of the best interest duty a civil penalty breach - meaning ASIC will also be able to take action against a trustee who fails to act in the best interest of members. Presumably this will also extend to SMSF trustees.

The three principal recommendations to establish a compensation scheme of last resort was made by the panel appointed by government to review external dispute and complaints arrangements. The Commission's recommends that the findings made in that final report (Ramsay Review) should be carried into effect.

The scheme will be designed consistently with the recommendations of the Supplementary Final Report of the Review of the financial system external dispute resolution framework (Ramsay Review) and will extend beyond disputes in relation to personal financial advice failures.

The Government also agrees to fund the payment of legacy unpaid determinations from the Ombudsman Service and Credit and Investments Ombudsman.

A last resort compensation scheme will be introduced for consumers who suffer a financial loss due to financial advice failures.

The intent is that the scheme will be established as part of the Australian Financial Complaints Authority (AFCA) and consistent with the design principals of the Ramsay review, will be available for disputes involving financial advice failures which result in unpaid External Dispute Resolution determinations, court judgements and tribunal awards.

Even though the AFCA can make a determination in favour of an SMSF member, under current arrangements, there is still no guarantee that the member will receive any compensation payment.

There have been cases in the past where members have missed out on compensation that has been awarded to them because the offending financial firm is insolvent or is simply unwilling to pay. And this is where a last resort compensation scheme can play a critical role by ensuring members receive at least partial compensation when all other compensation avenues have been exhausted.

It’s particularly important for SMSF members who, unlike members of APRA regulated funds, are not eligible for government financial assistance in the event of fraud or theft.

One of the disadvantages of an SMSF compared to an APRA regulated fund has always been the lower level of protection members have against unscrupulous operators. While we still need to see the details, we see this new last resort compensation scheme as levelling the playing field somewhat which is a good thing for the sector.