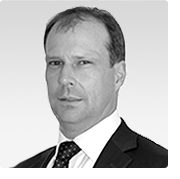 Imagine this scenario: SuperConcepts would like to announce a great deal with one of Australia’s leading online retailers. Available for a short time only, individuals who join an SMSF administered by SuperConcepts will receive 20,000 Shopper points worth $550 for only $100. And the cost can be deducted from your SMSF.

It wouldn’t take long for the regulators to remind us about Section 62 of the SIS Act that details the sole purpose test.

Yet there is an offer in the market right now that has created such dizzying confusion that the entire SMSF sector has vertigo.

Clarity is needed around the sole purpose test for super funds as these types of inducements seem to be gaining mass publicity and momentum.

Our clients are asking for further guidance on what is now considered to be appropriate and enforceable in order to avoid breaches and ensure a level playing field.

We are not saying a breach of the sole purpose has or is occurring, but we do believe clarification is needed for where the line can be drawn.

Under what circumstances is a fund permitted to offer inducements with a quantifiable financial value to attract new members if the inducement is being funded by existing members?

There is also the issue of members receiving a personal benefit from the assets of a fund before retirement, which arguably is not an incidental benefit because it has influenced the trustee’s decision to enter into the arrangement.

Over the years we have seen many examples of SMSFs breaching the sole purpose test because a member or related party has received a personal benefit from the fund assets before retirement.

In 2002 APRA and the ATO issued a media release confirming that:

“the investment of superannuation fund monies in particular schemes was inconsistent with the `sole purpose test' for regulated funds.

“The particular schemes that fail the test offer non-superannuation shareholder benefits and the cost of the scheme is borne by the fund.

“In the case of trustees that offered Coles Myer Discount Card shares as an investment option and participated in a scheme whereby members were provided with the relevant discount card, APRA and the ATO will take no action provided trustees agree that they will not participate in any future scheme:

Given the emergence of new similar arrangements, the SMSF sector needs to know whether this position has changed and, if not, under what circumstances can a fund offer a financial inducement to attract new members?

The issue goes beyond the sole purpose test. The SMSF sector also needs to understand how this kind of inducement-marketing works in relation to the Royal Commission’s anti-hawking recommendation.

Our clients see a danger that some in the superannuation sector get caught up in breaches by seeing these new inducement offers that appear acceptable.

We’re hearing very real concerns that if everyone in the industry isn’t on a level playing field, then the superannuation sector could become unbalanced with unforeseen consequences. And that’s not good in a Superannuation sector set up for fairness and equity to all Australian retirees.