SMSF reserves: What you need to know 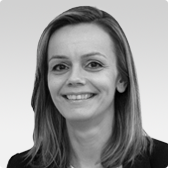 You need to be on top of your game when dealing with the reserves in an SMSF. Should you leave them in place or allocate them to members, and what are the tax consequences?

The ATO has taken a much tougher approach on reserves as a result of the recent super reforms. Their concerns are outlined in Regulatory Bulletin SMSFR 2018/1 – the use of reserves by self-managed superannuation funds. Incorrect use of reserves may attract the anti-avoidance provisions which can have significant tax implications.

Reserves were traditionally created for a variety of reasons, including:

The ATO does not consider holding a contribution in a suspense account pending allocation, commonly referred to as a ‘contribution reserve’, to be a reserve.

The tax office is increasing its scrutiny of reserves

In March 2018 the ATO released SMSFRB 2018/1 which outlines concerns about the use of reserves in SMSFs. This specifically addresses strategies potentially designed to circumvent legislative restrictions as a result of the recent super reforms.

Using reserves to artificially reduce the member’s TSB is not the ATO’s only concern. There are situations where an SMSF trustee may use an existing reserve to circumvent the transfer balance cap rules. This could occur where the capital supporting an existing pension account is increased by an allocation from a reserve.

This strategy would attempt to gain a tax advantage by allocating capital directly into retirement phase without triggering a transfer balance credit to the member.

The ATO has clarified their position on the use of reserves by providing a response to the following questions.

The creation of new reserves, or unexplained increases or decreases in existing reserves, will be scrutinised by the ATO.  Inappropriate use of reserves will potentially attract the anti-avoidance provisions and may result in tax penalties.

Trustees need to ensure any reserve has a clearly articulated purpose, adheres to the sole purpose test, gives effect to the fund’s investment strategy and is not prohibited by the fund’s trust deed.

The ATO expects SMSFs to progressively reduce reserves which no longer have a clearly articulated purpose.

The main issue with reserves is generally how to effectively manage the size or how to get rid of the reserve when it is no longer needed, without adverse tax outcomes.

A common example is where the allocation of reserve monies may result in a significant tax bill after a defined benefit pension ceases.

Normally, with these types of pensions, there is no member balance, instead a pool of monies is set aside in the fund to cover the pension payments due to the member, either for a fixed period or until death.

Any capital left over when the pension ceases generally does not belong to the member (there may be an entitlement for fixed term pensions). This also means it doesn’t form part of the member’s death benefit and may not be subject to a valid binding death benefit nomination.

The reserve does not form part of Alison’s member balance and the standard reserve allocation principles apply.

Generally, allocations from reserves are not counted for concessional cap purposes if allocated in a fair and reasonable manner to every member, and the amount allocated for the financial year is less than 5% of the member’s interest in the fund.

If the full value of the reserve of $1m is allocated to Alison’s member balance, so it can be paid out as part of the death benefit, the majority will be taxed as an excess concessional contribution at Alison’s marginal tax rate:

In addition, Alison’s adult children will most likely be required to pay 15% tax on any benefits received with a taxable component if paid via the estate, or 15% plus the Medicare levy where the death benefit is paid to the beneficiaries directly from the SMSF. Not such a great outcome from a tax point of view.

An alternative option would be for Alison’s children to become members of the fund so that the reserve can be incrementally allocated to them – a process which may take several years and would require the fund to be retained.

Another option prior to Alison’s death may have been to transfer her entire lifetime complying pension to a market linked pension, as then there would be no reserve to deal with after her death.

Reducing the value of a reserve

To avoid a large reserve being leftover on death of the member or cessation of the pension, it is important to manage the reserve value accordingly.

The below table compares the different tax outcome when 100% of the reserve is allocated versus just under 5% of the member’s interest.

It is worthwhile to monitor the reserve balance over time to ensure no adverse tax consequences arise where the pension ceases.

When a defined benefit pension ceases, there is the possibility the fund will end up with a large reserve which may have significant tax consequences if allocated to members. Advisers should therefore be aware of all options available to manage this.

This is especially crucial where the pension is about to cease, or the member’s personal circumstances indicate they are likely to pass away in the near future.

Options available to the client may include:

As you can see, it may take a long time to deal with a reserve in an SMSF. SMSFs that have reserves or old legacy defined benefit pensions need to consider the available options. Failing to have a plan could result in significant adverse tax consequences for members, so talk to your clients who have reserves in their SMSF before it’s too late.