What impact will the Your Super Your Future performance test have on SMSFs? 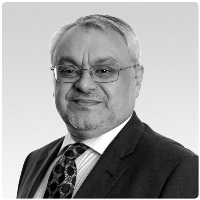 In September the Federal Government, for the first time, held superannuation funds accountable for “poor” investment performance through APRA’s Your Super Your Future (YSYF) performance test.


This was the final step in the Government’s response to the Productivity Commission’s 2019 report into superannuation which found the key causes for reduction in member benefits to be:

These issues have been addressed over recent years through a variety of measures namely:

The YSYF performance test was applied to MySuper funds which cover about $900 billion (27% of the total superannuation assets) and approximately 14 million member accounts.

This begs the question, what are the potential implications of grading super fund performance? And how or what impact will this new test will have for the SMSF sector?

What is the YSYF performance test?

This performance test is a comparison of each MySuper Fund‘s investment performance after administration fees. A benchmark performance calculation is done by APRA using each fund’s actual investment data and a range of uniform asset class and sector indices.

The calculations are done as a seven-year rolling average and each fund is compared with its own asset allocation and investment choices rather than compared with other funds by product label such balanced, conservative or growth. If a fund underperforms against its benchmark, by more than half a percent per annum, the fund is given a fail. If a fund receives a fail it is obligated to notify all members, in writing of its underperformance. If a fund underperforms for two consecutive years, then the fund is not permitted to accept new members.

In this first application of the performance test there were 13 funds found to receive a fail result. These funds represent $56 billion in assets and 1,000,000 member accounts.

Currently the system only advises whether a fund passes or fails; it does not actually specify the performance that was achieved as a rate of return. This information is available however on the APRA website and, for individuals, through the super comparison section of the ATO MyGov portal.


What does this mean for SMSFs?

The good news is that this test does not currently apply to SMSFs but we should be aware of the flow on effect.  Often the regulation is initially drafted for larger funds and then finds its way, in a modified form, down to smaller funds including SMSFs.

Nevertheless, these performance tests generate valuable data that essentially states what is regarded as good investment performance for a superannuation fund. If a SMSF has trouble performing at these known levels it will become difficult for advisers to justify a recommendation for an SMSF to be established. This could also mean that significant underperformance by an SMSF could require an adviser, operating in accordance with best interest duty, to recommend the winding up of an existing SMSF.

What SMSFs should consider this test first?

The current test is only applicable to MySuper funds and these funds are only accumulation funds. This means the test, in its current form, does not have the right parameters for use where funds are providing pensions. This represents a significant proportion of SMSFs.

Of course, for those SMSFs in accumulation phase, the first thing to think about is the performance methodology which does not generally break the earnings calculation into its component parts allowing for proper comparisons. Additionally, there is no mechanism for the calculation of rolling multiyear averages this would also need to be enhanced.

We also need to consider the data used by the regulator to do their benchmark comparisons. The SMSF regulator could certainly use the same benchmarks as APRA however the main issue is that the data provided by SMSFs to the ATO is in a significantly different form. This would require a re-designed SMSF annual return, allowing for better classification of the investments and potentially a reviewed reporting cycle. Currently returns are provided on an annual basis compared to APRA’s quarterly reporting cycle.

All these measures are part of the Federal Government’s positioning of a mutual obligation between itself and all superannuation funds. This obligation is one where the government provides tax concessions on contributions, earnings and benefits, and the funds deliver the required member outcome of sufficient balances in retirement to reduce or defer government expenditure in retirement.

It is still expected, however, that there will be pressure for SMSFs to quantify their performance in a better manner. Ultimately the SMSF sector is at least the same size as the MySuper sector. With the move in the next couple of years to expand the performance test, to the choice component of APRA fund, it would create an oddity where 75% of the superannuation money has a measurable performance test at 25% does not.