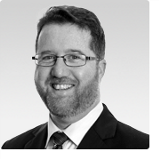 Do people still update their relationship status on Facebook? Does anybody notice, and more to the point, does anybody care? Having your regulation status updated, or removed, on Super Fund Lookup (SFLU) is a whole other story that trustees should care about.

In September this year, in a bid to protect retirement savings, the ATO announced a change to how they will deal with SMSFs that have annual returns outstanding. As of 1 October 2019, SMSFs with returns outstanding by more than two weeks will have their status details removed from the SFLU platform.

It is important to understand that this does not equate to the fund being made non-complying. It just means no one will be able to confirm your complying status via SFLU.

It’s fair to say this new approach appeared to cause division within the industry. Some felt the two-week time period was too short, others had little sympathy for late lodgers.  Regardless of what side of the fence you sit on, this new approach is now the reality that we must all acknowledge.

What are the possible impacts?

Most people grasped the impact of such a measure fairly quickly. Any attempts to roll benefits over from an APRA fund to an SMSF will be hampered by the fact the APRA fund cannot confirm the complying status of the SMSF. This may not be a great imposition for most existing SMSFs, as they have likely already received all the rollovers they expect.

What may concern members more is that employer contributions made via a clearing house are accompanied with data transfers via SuperStream. This data is transferred via a gateway that interacts with SFLU. If the fund’s status has been changed to ‘Regulation details removed’ you can expect the contribution to be blocked from reaching the SMSF.

The consequences could be even more severe than first thought. Under Anti Money Laundering (AML) laws, financial service providers are obliged to conduct certain identification checks for investors. When it comes to SMSFs, confirming the status of the fund via SFLU is often used in the process of confirming identification. Where a fund has its status removed you can expect, in some circumstances, they will be prohibited from investing in certain assets due to the policies of the provider.

It may not just impact new investments that you are contemplating either. Let’s say a fund has recently gone through the process of changing the trustee structure from individuals to a corporate trustee. As a result of that process, the holding name on all of the fund’s investments will need to be updated to reflect the change. The bank is contacted with the relevant details and, as part of their internal policies, they check SFLU to find the regulation status has been removed. Next thing you know, there is a possibility that the bank account will be frozen. Even in circumstances where the SuperStream gateway has been avoided, there is still no guarantee that a contribution will make its way into the bank account if the provider has placed their own block on it.  Not to mention the limitations of paying expenses and liabilities from said account.

How can you avoid it?

Obviously, the best way to avoid your regulation status being removed is to ensure your fund’s return is lodged on time. In a perfect world this is achievable. Historical ATO records show that between 85% - 90% of SMSF returns are generally lodged on time each year, indicating that we live in an imperfect world. On these figures alone, that’s approximately 60,000 - 90,000 SMSFs that could be lodging late.

You would expect that getting all outstanding returns lodged would be the trigger for the regulation status being reinstated to complying. While this may true, it should be appreciated that this is a new policy and different software programs may not be talking to each other as well as it would be hoped. The ATO’s service delivery standards in relation to having status’ updated is currently 21 days. In time, one would hope that this reinstatement will occur as efficiently and as automatically as the removal of the status.  In the meantime, it may pay to monitor SFLU after the lodgement of all outstanding returns. If after 21 days, the status has not been reinstated, contacting the ATO and escalating the matter may be required. The service standard applicable to matters that have been escalated is 10 business days.

Are these just unintended consequences on the clamping down on late lodgers? Or, were these expected and the stick to encourage on-time lodgements is just much bigger than we first thought? Perhaps, another status category can be introduced; it’s complicated.