What could come up in this year’s Federal Budget for Super? 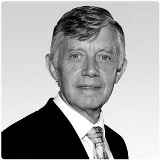 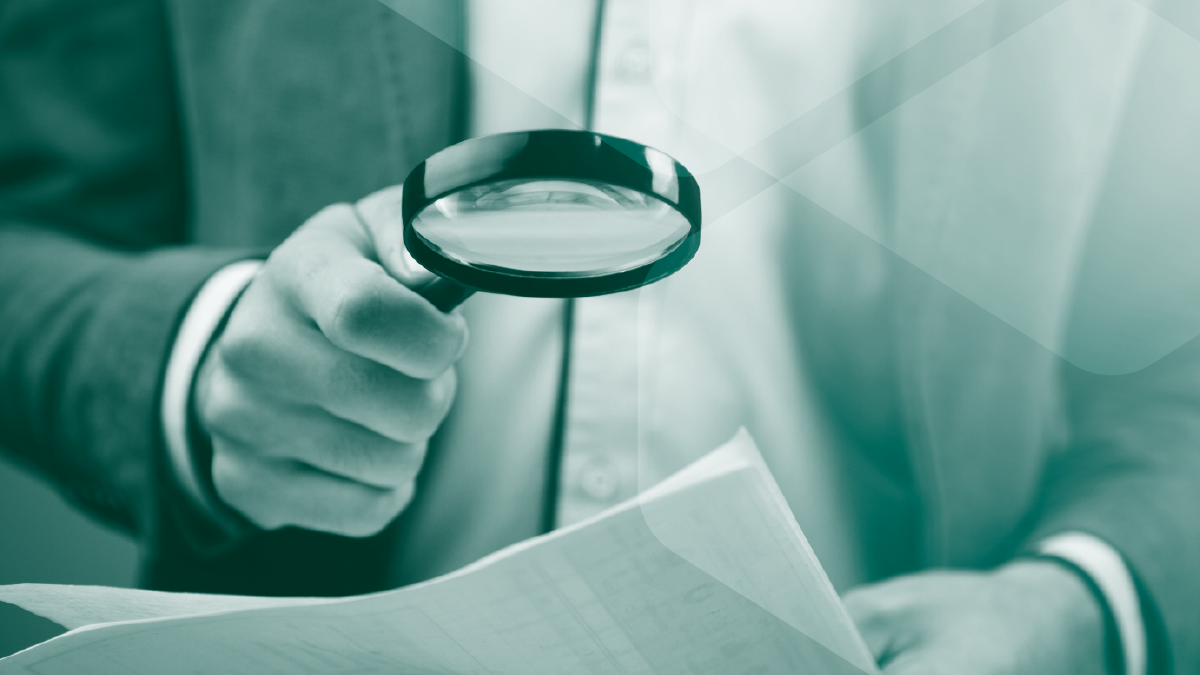 In the lead up to the Federal Budget many would like to have a crystal ball to see what is on the government’s mind. However, that is merely wishful thinking. As we don’t have the detail, which is top secret, let’s see what changes have been put forward by the superannuation industry in their budget submissions.

The overall emphasis of many submissions is directed at maintaining greater equity in the superannuation system. The general thrust is to seek greater incentives for those on lower and middle incomes and taper concessions for high income earners and anyone with relatively large super balances. Simplification and modernisation of the sector are the overarching themes of other submissions.

Here are our 13 top changes from industry submissions:

The submissions on contributions are directed to assisting low income earners and those with low super balances to increase the amount to be accumulated for retirement. The Association of Superannuation Funds of Australia proposes that a once off lump sum contribution be made by the government for low income earners at age 30 and age 50 who have low superannuation balances of $25,000 and $90,000 respectively. They have also requested that anyone receiving the baby bonus have superannuation made on their behalf.

A number of associations have suggested that the annual contribution caps be replaced with a lifetime contribution cap. The cap would replace the myriad of current rules for contributions which depend on the type of contribution, a person’s income, superannuation balance or their occupation. They see it as being fairer, simpler and cheaper to administer and would provide one overall cap. The current annual limits are considered to disadvantage those with broken work patterns and anyone with fluctuating incomes.

Some of the submissions suggest that some of the current rules are modified to reduce or index various thresholds. For example, one proposal to taper concessions for higher income earners is to reduce the threshold at which Division 293 tax applies to concessional contributions to $200,000. This amount is the income level at which the maximum tax rate applies plus $20,000. Division 293 tax is an additional amount of 15 per cent on the first $27,500 on a person’s concessional contributions where their adjusted taxable income is above a predetermined threshold, currently $250,000.

The SMSF Association has asked for the government to review or update the CGT small business threshold. This threshold allows small business owners to contribute to superannuation from the sale of business assets.

Compulsory superannuation contributions for employees under the superannuation guarantee (SG) rules has been in place for close to thirty years. However, there are a number of submissions requesting fundamental changes to the legislation. These relate to the extension of SG to other occupational groups or the penalties applying to employers who fail to contribute at least the minimum required amount to a complying superannuation fund.

In summary, the submissions seeking an extension of occupational categories request that:

• Superannuation guarantee contributions are provided on paid parental leave and;

• Extending superannuation guarantee to workers under 18 years old who work at least 30 hours each week;

• Self-employed people and certain categories of contractors be covered for superannuation guarantee.

As a side issue, it is considered by one organisation that the Commissioner of Taxation be given the powers to apply late payments of an employee’s superannuation guarantee contributions to the relevant years of income. The aim of this is to reduce the probability of excess concessional contributions because of large contributions that are made late.

When it comes to the penalties that apply for SG non-compliance the submissions fall on two sides. Some submissions have requested that action against SG non-compliance should be strengthened for unpaid and underpaid super. However, on the other hand it is considered that the penalties imposed on employers for non-compliance with the superannuation guarantee legislation are considered too harsh and act as a disincentive for employers to come forward and disclose non-compliance. Under the current law inadvertent mistakes are penalised in the same way as blatant disregard of the law. It is considered that the law needs to strike the right balance between encouraging payment of contributions and penalising those who have little regard to comply.

Other submissions have requested that the timetable for the legislated increase of the SG rate to 12 per cent is not altered. Also, that unpaid SG entitlements be included in the definition of unpaid ‘employment entitlements’ for the purposes of the Fair Entitlements Guarantee.

Some submissions have indicated that the caps, particularly the Transfer Balance Cap has moved from a single cap to caps being calculated on an individual basis ranging from $1.6 to $1.7 million. The submissions are of the opinion that this merely causes confusion and increases costs and propose that use of a single cap will reduce costs, uncertainty and provide simplicity to all involved.

In relation to the Total Superannuation Balance, there are a number of thresholds which are used to determine various types of contributions, tax offsets and the lodgement of information to the ATO. The SMSF Association considers that these threshold points are unnecessary and add to the complexity of the superannuation system which may it hard for individuals to understand. Their opinion is that the number of threshold points could be significantly rationalised to assist with simplification.

Auditors of SMSFs are required to be registered by ASIC, pay registration fees and undertake professional development. This has broad approval from the associations, individual auditors and the regulators. One aspect that the accounting and SMSF associations are concerned with is the fee that applies when an auditor cancels their registration as an approved SMSF auditor. It is considered that this fee serves as a barrier to the SMSF auditor exiting the system.

In late 2020 ASIC released Regulatory Guide 274 which places obligations on new product design and distribution obligations for product providers and advisers. This requires confirmation that the product is likely to be consistent with the likely objectives, financial situation and needs of the customer. A number of submissions consider that the new requirements should not apply to the establishment of an SMSF, when a new member joins the SMSF or when a member commences a pension in an SMSF.

Many submissions have requested changes be made to the rules for non-arm’s length income (NALI) and non-arm’s length expenses. This legislation has been part of the income tax law in one form or another for many years and imposes a penalty tax rate of 45 per cent if the fund has earned excessive income from investments that are not on an arm’s length commercial basis. Due to manipulation of the law changes were made from 1 July 2018 to take into account non-commercial expenses where the net result provided the fund with inflated income.

While the submissions consider the intent of the changes that commenced on 1 July 2018 are appropriate the interpretation of some of the provisions by the ATO have a much wider impact than just counter the mischief that occurs. The interpretation in the ATO rulings could lead to unintended consequences that have unwarranted and long-term impacts on fund members with the imposition of punitive rates of tax being imposed on the fund.

8. Compliance relief for minor breaches of the non-geared unit trusts and companies

SMSFs who invest in ungeared unit trusts and companies have the value of the units or company shares excluded from the value of the fund’s in-house assets. If the unit trust or company makes a minor breach of the rules the value of the fund’s investment will be included in its in-house asset. Because of the severe operation of this rule it may require the fund to withdraw or restructure the investment. It is submitted that the legislation be amended to provide some flexibility to accommodate minor breaches of the legislation.

The main reason for having superannuation is to provide a source of income in our retirement. While a number of budget submissions have made suggestions for changes to contributions, a number have been directed to the benefits side of things.

10. Limit to the amount in superannuation


We have seen some of the submissions that seek to limit contributions to a lifetime limit. At the super benefits end a number of recommendations have included the introduction of a maximum amount in super to no more than $5 million. One proposal is for the limit to apply from 1 July 2023 and any excess would be withdrawn from the fund.

Submissions requesting the introduction of joint superannuation accounts between spouses are not new and this year’s submissions is no exception. It is considered that things would be easier for couples to track how they are saving towards their combined retirement income goals. Also, joint accounts are considered to reduce the number of superannuation accounts and reduce costs of running a fund.

In addition to the perceived benefits of joint accounts, Chartered Accountants ANZ maintain that the government should amend the law to permit super funds to allow joint spousal accounts including joint pensions. This would include the introduction of a joint total superannuation balance and joint transfer balance cap.

In view of recent court decisions on the interpretation of the binding death benefit nominations in the Superannuation Industry (Supervision) Act some submissions request a review to clarify and reform the legislation. The main reason for the request is to provide a better outcome for consumers and fund trustees especially in relation to the implications of elder abuse.

The budget submissions provide a wish list of what the various organisations would like to see change with super. However, the good news is that many of last year’s announcements have recently made it into legislation and provide greater incentives for contributions up to age 75 and expand the SG system for lower income earners. Some of these changes have also been referred to in the submissions made to the government as the closing date was before the legislation had passed.

Just for the record, the changes that will commence from 1 July 2022 are:

• An increase in the first home savers scheme increase from $30,000 to $50,000. The amount of eligible contributions that can count towards a person’s FHSS maximum releasable amount for each financial year will remain at $15,000.


• The earliest age at which a person may qualify for the downsizer contribution has been reduced from 65 to 60 years old. This allows a person to contribute up to $300,000 to super as a result of the sale, or part sale, of their principal residence.

• Changes to the calculation of exempt current pension income and the requirement for actuarial valuations of the fund which solely in retirement phase.

There are two announcements from last years’ Federal budget which are still to make it into law. The first includes the extension of the time from 2 years to 5 years that trustees of an SMSF can be temporarily absent from Australia before the fund fails to meet the definition of an Australian superannuation fund. The second is the ability of complying lifetime, life expectancy and market linked income streams to be commuted and transferred to accumulation phase. This will allow the pensioner to withdraw lump sums from the fund or commence account-based pensions if they wish. The current legislation does not permit these pensions to be commuted except in very restricted circumstances.

Now it’s just a matter of waiting until the last Tuesday in March to see whether any of the suggestions that have been put forward in the submissions will be included in the 2022/23 Federal budget and make it into law.